Borrowing from romanticized notions of the American frontier, synonymous with ideals of exploration and expansion, photographer Patrick Wack captures a visual narrative of China’s westernmost region—Xinjiang. Whereas the American West conjures images of cowboys and pioneers, of manifest destiny and individualistic freedom, the Chinese West has not yet been so defined. It is a place of pluralities—of haunting, expansive landscapes, of rough mountains and vivid lakes, of new construction and oil fields, of abandoned structures in decaying towns, of devout faith and calls to prayer, of silence and maligned minorities, of opportunity and uncertain futures. It is a land of shifting identity. In essence, Xinjiang is the new frontier to be conquered and pondered.

Literally translating to “new frontier” in Chinese, Xinjiang is a land apart, and has been so for centuries. More than twice the land area of France with a population less than the city of Shanghai, the Chinese province of Xinjiang once connected China to Central Asia and Europe as the first leg of the ancient Silk Road. Yet it remains physically, culturally, and politically distinct, an otherness within modern China. Its infinite sense of space; its flowing Arabic scripts and mosque-filled cityscapes; its designation as an autonomous region; and simmering beneath, its uneasy relationship with the encroaching, imposing, surveilling East. For China’s ethnic Han majority, Xinjiang is once again the new frontier, to be awakened for Beijing’s new Silk Road—China’s own manifest destiny—with the promise of prosperity in its plentiful oil fields. For Patrick Wack, Out West is as a much a story of the region as it is his own, as much a documentation of a contemporary and historical place as it is an emotional journey of what it means to strive, and for what. There exists an inherent fascination in the region—as both key and foil to the new China—and a siren’s call to its vast limitlessness that instinctively incites introspection and desire. Showcasing a romanticism of the frontier, Out West presents Xinjiang via the lens of its present day, in photography that speaks of the surrealistic tranquility—and disquiet—of the unknown.

Out West offers an experience of Xinjiang that highlights its estrangement from contemporary perceptions of the new China, accentuating undercurrents of tension and the mystique it has cultivated—whether in their minds or ours. At its core, Out West is a question of perspective: What is the West but the East to another?

Here There Are Men

Here There Are Men: Patrick Wack’s Portraits of China bridges the distances between the people of China, tapping into the idea of the collective unconscious through Wack’s photographic representations of the heroism of the everyday figure. His images are poised and serene, exuding a sense of Chinese-idealized harmony and equality among mankind. Here there is a fiction borne from reality. Here there are men. 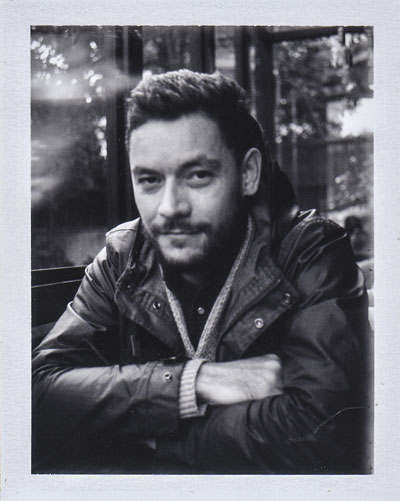 Patrick Wack was born in Cannes (France)  in 1979 and grew up in the suburbs of Paris.  After an international career in sports and university studies that took him to the US, Sweden and Germany, Patrick left a marketing job in Berlin to pursue his passion for photography. Fully self-taught, he worked in China from 2006 to 2017 as a freelance photographer in the fields of portraiture, documentary and commercial photography. Patrick also focuses on long-term personal projects and is part of the German agency LAIF. His work has been exhibited in Shanghai, Beijing, Berlin, Singapore, Paris and Bordeaux.

Patrick has also published among others in the NYT, Sunday Times, The Monocle, The Good Life, Nat Geo (China), Vanity Fair and Travel & Leisure.

He is represented in Shanghai by the Art+ Gallery and in Berlin and Singapore by MO-Industries.